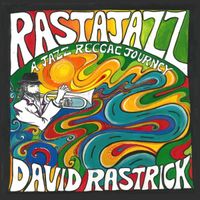 From the recording RastaJazz (A Jazz Reggae Journey)

‘Niabinghi’ is said to be the name of an African queen who “rebelled against the oppressive life-denying evil regime which disrupted order and stability” and who, after travelling from the deserts of Egypt and Ethiopia, lived with her fighting, dreadlocked troop in the forests of West Africa - Congo, Sudan and Uganda (Uwechi, 2008). She extolled virtues such as respect, righteousness and compassion. Her tradition was carried to Jamaica with West Africans who were brought there as slaves by the Spanish, and later the English. ‘Niabinghi Jazz’ is a synthesis of the Niabinghi beat and some contemporary jazz chords over a repeated 16 bar structure. The song features solos from David Rastrick on Trumpet, Kevin Jones on Flute, Marty Rotolo on Guitar and Gary Larkin on Drum-kit.